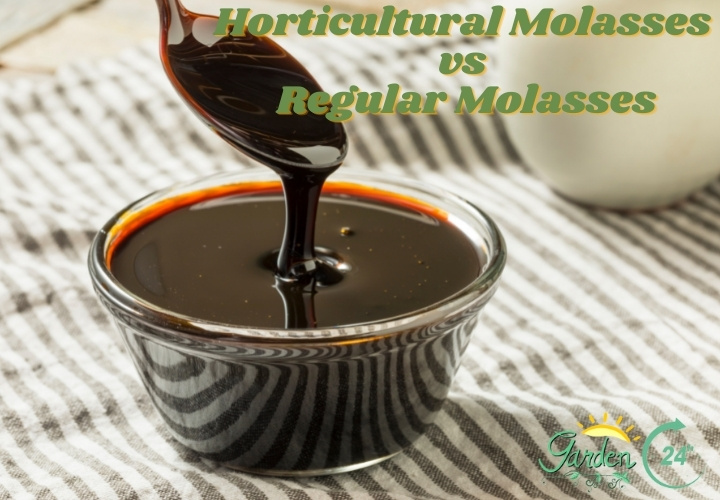 The use of molasses plant fertilizer helps produce healthy plants and also serves as a pest deterrent. Let’s examine molasses in more detail as a fertilizer.

A regular sweetener in cooking molasses is a by-product of the method used to make crystallized sugar from sugar beets, grapes, and cane. The thick, dark liquid, which also contains sugar, is a superior fertilizer for plants since it also contains minerals and vitamins.

The fundamental distinction between horticulture molasses and ordinary molasses is sugarcane ripeness. Regular molasses, which is a sweetener and helps improve the soil, is made from sugar cane that hasn’t had as much time to mature. From mature sugar cane, horticultural molasses is produced. The uses for it in the garden are numerous.

Regular molasses is made from sugar cane that hasn’t had as much time to mature as other types. In order to keep unripe sugar cane alive until it can be processed, sulfur dioxide is consequently sprayed into the plant.

When sugar cane is mature, it is used to make horticultural molasses. The cane juice is concentrated and cleaned here. Unsulfurized molasses is created because sugar cane that is more ripe doesn’t need sulfur.

You’ll see that horticultural molasses may be used in the garden for a number of things. A kind of sugar called molasses serves as food for bacteria and other tiny organisms that aid in the breakdown of organic substances in the soil.

It is typically regarded as the most crucial kind of sugar for gardening. As a result of enhancing microbial activity, it is frequently used to restore soil that has been depleted by synthetic fertilizers.

There are two types of horticultural molasses: dry and liquid.

Dry molasses is created by mixing dried grain hulls, peanut shells, or other organic materials with liquid molasses to create a sugar that is spreadable.

The shells themselves give other bacteria involved in the degradation process some new organic compounds to work with.

With a fertilizer spreader, it is simple to apply it to your lawns and flowerbeds. You may do it as frequently as once per month at a rate of 20 lbs. per 1000 square meters. You may also apply your granular fertilizer and dried molasses together. 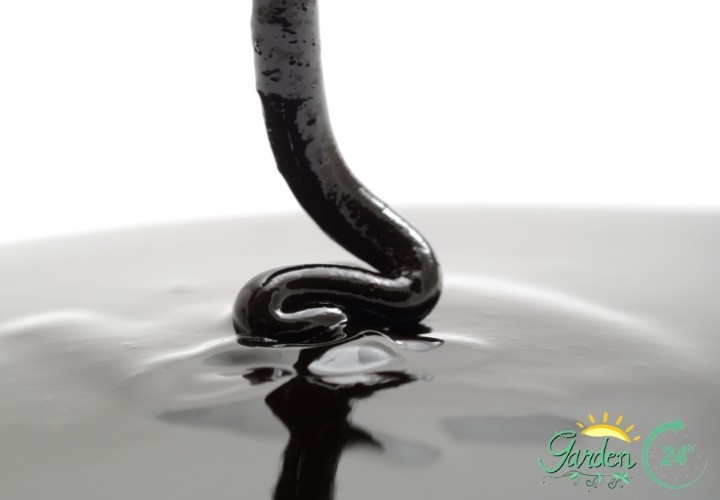 Molasses is available in several forms.

Let’s examine the most common molasses varieties so you can purchase and prepare food with confidence.

By reboiling the molasses, dark molasses is created. It has a richer, deeper flavor with a tinge of bitterness and is darker and denser than the light variety. Molasses is sweeter than this, but it’s also less bitter.

For those seeking a low-sugar sweetener, it’s an excellent alternative, and it produces fantastic gingerbread.

The initial sugar processing produces light molasses, which is the sweetest and lightest-colored of the group. It is the most popular type of molasses marketed in the US since it has the most sugar in it.

It has a moderate flavor and may be used to make your favorite molasses cookie recipe in place of maple syrup on pancakes, sugar in coffee, or honey in baking.

Blackstripe molasses, the darkest and most bitter variety of molasses, is created after the third and last boiling of the molasses. It is said to be the healthiest molasses since it is rich in vitamins and minerals including calcium, potassium, iron, manganese, and copper.

It has a lower glycemic index since the majority of the sugar is removed during triple processing. Although it is strong and bitter, it works well with savory foods like baked beans.

Although bead molasses is difficult to come by, it is a necessary component of Asian delicacies like shredded suet. It has a faint molasses flavor and is prepared from scrapings from molasses cooking pots.

Since sorghum, not sugar cane, is used in the production of sorghum molasses, it is not considered to be molasses. Similar to molasses, sorghum stalks are crushed and boiled.

It is significantly sweeter and lighter than traditional molasses, with a tangy undertone. Try using it in your preferred recipe or drizzling it on desserts, cornbread, or biscuits.

Pomegranate molasses is prepared from pomegranate juice that has been heated up, so it’s not quite molasses but it’s near.

You can manufacture your own at home, which is much better! It tastes thick and tangy, more like balsamic vinegar than molasses, in my opinion. While it is great in marinades and sauces, it is not a good substitute for baking.

Like us, plants require nutrients to survive and grow. These minerals and natural sugar are present in molasses, enabling microbes in the soil to decompose organic materials.

Blackstrap molasses, an inorganic hydroponics ingredient, can also be utilized to encourage blooming and fruiting. The addition of molasses to the soil also causes the release of phosphorus, which hinders the germination of weed seeds.

Making sure your soil has all the nutrients your plants need can help you enjoy your gardening experience. Healthy plants will help avoid many infestations since harmful pests prefer weak or damaged plants to healthy ones.

This substance has potassium, which is essential for healthy development. Plants that should be able to withstand cold or harsh weather but can’t will show signs of lethargy if you don’t have enough.

They may convert the nutrients in the molasses into a form that your plants can utilize thanks to live helpful bacteria.

These bacteria may be fed by this material, which offers them nutrients in addition to sugar.

Significant levels of potassium, calcium, iron, magnesium, phosphorus and other crucial micronutrients may be found in molasses. It may be applied as fertilizer to aid in the proper nutrient absorption by your plants.

Mix liquid fertilizers or compost teas with your plants to maximize the amount of nutrients they contain. It raises the body’s iron levels, which trigger the synthesis of chlorophyll.

Increased potassium boosts plant disease resistance while boosting crop output. Many liquid fertilizer formulations already include this as a component.

A natural insecticide like as molasses can be used. Only 1.3 mL in one liter of water may be used to create an excellent insecticidal foliar spray that won’t hurt your plants or the animals that come to visit your garden.

It will destroy a variety of garden pests because of its high sugar content. For instance, after consuming sugary snacks, aphids and mealybugs will get extremely dehydrated. The toxin upsets their digestive system, dehydrating and injuring them by drawing water from the nearby intestinal tissues.

By applying 5 to 10 pounds (dry product) per 1,000 square feet of lawn or garden beds, you may also aid in the reduction of pests like worms and nematodes.

Weeds like grass can be removed with the use of molasses. Spray the mixture over the plant’s crown after adding one cup of water or vinegar to one gallon of water. The combination promotes microbial activity, which aids in the breakdown of challenging root structures and prevents seeding.

How Molasses affects the plant?

Calcium, magnesium, iron, potassium, and other micronutrients are abundant in molasses. For plants, these easily accessible minerals serve as a fast fertilizer.

There is more use for molasses in gardening than merely dousing your plants in it. The purpose of this article is to explain how and why molasses may be used to create strong, healthy plants.

Which molasses should I use for plants?

In your garden, you have to utilize molasses devoid of sulfur. When the liquid sugar is heated in the third stage of the sugar refining process, blackstrap molasses is produced.

Molasses frequently has sulfur added as a preservative. Sulfur may, however, also destroy soil’s helpful bacteria.

Advantages of molasses in gardening

The main advantage of utilizing molasses in your garden is how simple it is to provide your plant’s nutrients that are readily available to them. Molasses is an inexpensive substance that may be used to make compost tea, added to current fertilizer, or combined with milk or water.

Molasses’ chemical composition enables it to function as a chelator, which means it binds to nutrients and aids in their absorption. This implies that plants can absorb more nutrients more quickly. Your plants are better able to fend off disease and pests because molasses keeps them healthy.

Using molasses in the garden has drawbacks.

Sugar may make the soil more acidic. Too much molasses can considerably reduce the pH of your soil, depending on the beginning pH of your garden soil. Acidic environments do not favor the majority of plants.

Use a meter, such as this 3-in-1 gadget that detects moisture, light levels, and pH, so you can be certain of your soil’s pH rather than assuming it. Additionally, too much or too little molasses can leave sugars on the soil and plants. Pests may be drawn to your garden as a result.

A by-product of making sugar from sugar cane, grapes, or sugar beets is molasses. Although the black liquid can be used in baked items, it is most frequently utilized as an animal feed and as a natural cure for numerous illnesses.

Additionally, it is a common sweetener in baked goods. Despite being a byproduct, molasses is a good source of vitamins and minerals. Additionally, molasses has a fertilizing application.

However, other viewpoints contend that molasses is better utilized in a young garden as opposed to an established one. Some people believe that the advantages of utilizing molasses are just temporary, regardless of how old or young your garden is.

It might be challenging to pick between the two, but you must first determine whether to utilize it in your garden or go with a different soil conditioner. 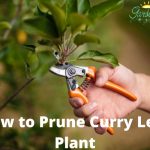 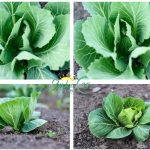 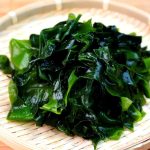 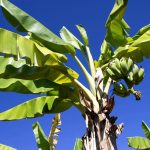 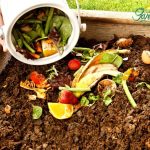 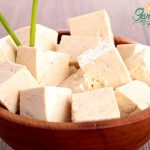 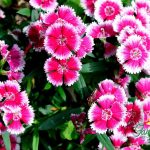 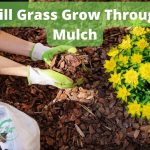